Custodian With 100K Users Plans to Tokenize $13 Billion in Assets

An In-depth Review of the News24coin Project

Crypto and Fiat Currencies Are Worlds Apart, Here Are the Reasons Why

Long-Term Signal for Ethereum Flips Bullish: Here’s Why It May Not Pan Out

Bitcoin Holds Strong at $9,500: A Strengthening Case for Upside

Analysts: Why Bitcoin Breaking $10,500 Is So Crucial to the Long-Term Bull Case

It’s “Decision Time” for Ethereum, and Analysts Bet ETH Surges to the Upside

Custodian With 100k Users Plans to Tokenize $13 Billion in Assets

Cryptocurrency News From Japan: May 24 - May 30 in Review

Bitcoin Monthly Close is 1 Day Away: Here’s the Level That May Trigger a Big Rally

Bitcoin: One size doesn't fit all for UTXO management 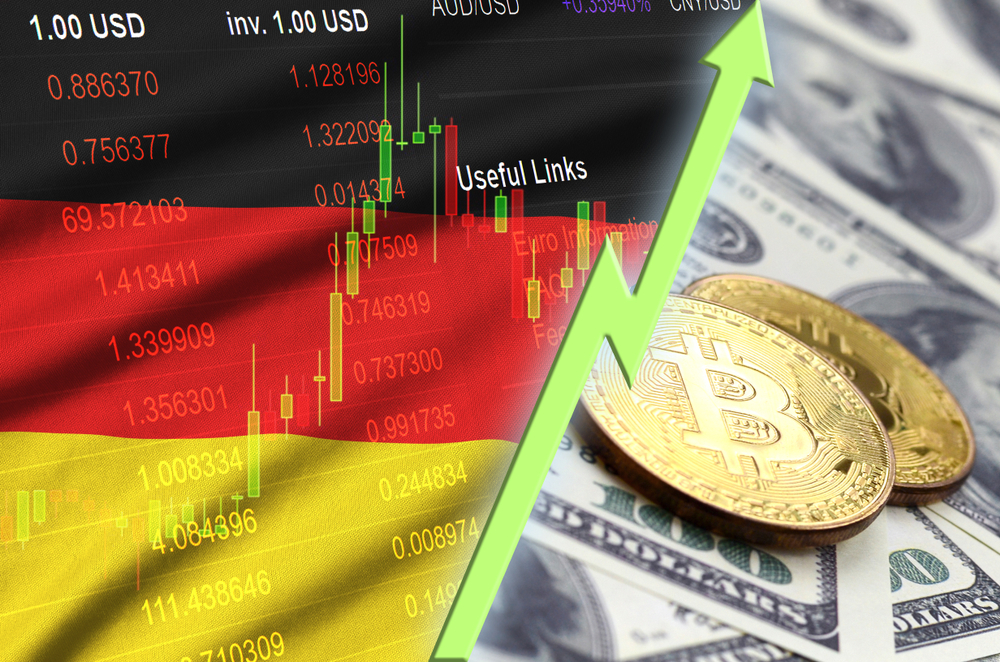 Germany is not considered a pioneer in digitization. Fast Internet is a nuisance in many places, networked mobility new territory and top-end IT research chronically underfunded. But at least in one area, the Grand Coalition in Berlin wants to put pressure: in promoting blockchain technology.

Until this Monday, it was worked on in the ministries, this Wednesday, the blockchain strategy is already adopted by the Federal Cabinet.

Contrary to some fears, the strategy for decentralized database technology and virtual mapping of assets (tokens) has by no means been tentative. The Federal Government is obviously willing to make Germany the Blockchain pioneer – despite all the problems that brings the still young technology with it.

“Using blockchain technology, all imaginable values, rights and obligations in tangible and intangible goods can be represented by tokens and their trade and interchangeability can potentially be simplified,” the strategy states.

Germany has a “dynamic ecosystem of developers and providers of blockchain-based services” and thus “a promising basis for the development of a token economy”. “To clarify and develop the potential (…) and to prevent abuse possibilities action of the Federal Government is required.”

This action is now taking concrete shape: By 2019, the Grand Coalition wants to submit a bill for Blockchain bonds. Specifically, the strategy states: “The Federal Government wants to open German law for electronic securities. The currently mandatory specification of the securitized embodiment of securities (ie in paper form) should no longer apply without restriction. “

Electronic debt will come this year. Electronic shares and investment fund shares will subsequently be audited. “By the end of 2020, the Federal Government will investigate potential applications in corporate and cooperative law,” it states. In the end, there could be a “blockchain society” whose shareholders are established and vote by virtue of a virtual register.

Thomas Heilmann, the blockchain expert of the CDU / CSU parliamentary group and father of the idea of ​​the digital security, also sees significant progress: “The strategy is a good signal for the digital economy. Germany is becoming a pioneer in blockchain technology. And the substantive ideas that the CDU / CSU parliamentary group set in June can be found in good part. “

Not only Blockchain securities are to be regulated quickly. The government plans to “publish a bill this year to regulate the public offering of certain crypto-tokens,” said the strategy. A public offer of tokens is likely to take place only “if the provider has previously published an information sheet prepared in accordance with legal requirements, the publication of the Federal Financial Supervisory Authority (Bafin) has allowed.” The aim is a “high level of investor protection” and “legal certainty over with certain token designs associated legal consequences “.

The Federal Government is reacting to the problems on the market for virtual IPOs, so-called ICOs.