China Cracks Down: How Will Tether Adapt to Tighter Enforcement?

Crypto Analyst Says Bitcoin Could Start Another Rally Towards $14,000

Social Sentiment on Crypto Twitter Does Big 180 as Bitcoin Surges

TA: Ethereum Stuck Below $410, Why It Could Correct Sharply Below $400

TA: Bitcoin Hesitates Above $13.2K, But 100 SMA Could Trigger Another Increase

The future of NFTs in DeFi: A conversation with Aavegotchi's Jesse Johnson 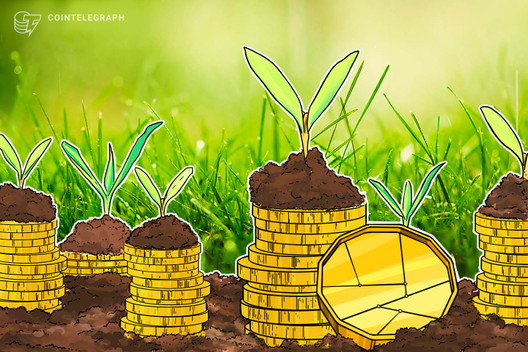 Republic, a platform letting users invest in early-stage companies, announced plans to launch its own digital asset on Algorand’s blockchain.

“We are excited to be using their cutting edge blockchain technology to enable the creation of a new dynamic digital asset,” Republic co-founder Kendrick Nguyen said of Algorand in a March 17 statement provided to Cointelegraph. The asset will allow the public access to the success or failure of Republic through investment.

The digital asset will be a security, Republic associate general counsel and partner Jed Halfon confirmed to Cointelegraph via email.

Republic has seen success so far

With help from its private investor pooling branch, Republic helped early-stage projects garner approximately $67 million in funds in 2019, and has assisted in raises for more than 170 companies over the last three years, the statement said.

“Republic’s mechanism of allowing anyone to invest in rigorously vetted startups across an array of industry sectors demonstrates a unique approach of leveling the playing field for entrepreneurs and investors of any size,” Algorand COO W. Sean Ford said in the statement.

Republic’s new asset will be a security

As regulatory clarity remains murky on the classification of many digital assets as securities, Republic’s asset, built on Algorand’s blockchain, falls into the digital security category.

“Republic and Algorand believe that a digital security built on the Algorand blockchain will bring excitement and energy to the digital security space, while onboarding users to the new asset class and the token ecosystem,” the statement said.

Republic classifying its new asset as a security could indicate shifting trends in the crypto space, including a desire to work more in line with regulation than previous years.