Where to Buy Bitcoin in India: Cryptocurrency Exchanges Lower Their Fees

Blockchain and BMW: PartChain is set to roll out over the course of 2020

Ethereum Breaking This Crucial Support Could Spark a Sharp Decline

Lawsuits Filed against Binance, Block.one, BitMEX and Other Crypto-Related Companies

Could Quantum Computing Be Used to Crack Cryptocurrency? 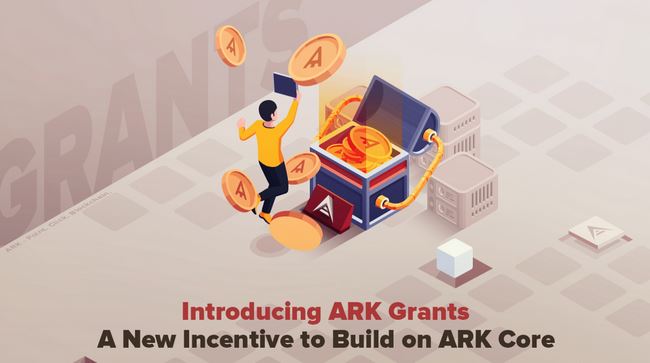 24th March 2020: Replacing the current ‘Tier 0’ Program, ARK Grants will allow their growing community of developers to apply for funding towards ARK based Proofs of Concept, Desktop Wallet plugins and full production-ready applications. To start things off, 1 million ARK has been seeded into the program from the company’s ARK Shield development fund.

The ARK Grants program is now in full effect and will spur development in the following areas:


It should be noted that the ARK Grants program is designed specifically for technology development. This means that only proposals involving technical deployments and usage of ARK technology stack will be considered.

Developers who have an approved project in the ARK Grants program should follow best practices as established by the ARK.io development team. Here’s a list of preferences from the ARK team:

For other technology considerations, please get approval before development starts.

Submitting a proposal to the ARK Grants program is simple:


Other Ways to Earn

With the ARK Grants program now launched, ARK are ready for participants to take advantage of this opportunity to dive into Blockchain while earning cryptocurrency for doing so. ARK want to unlock the awesome potential of blockchain powered ideas together with their community – The next step for submitting an application lies here: https://ark.io/grants

Learn more about ARK at – http://ark.io/

ARK is the source of this content. Virtual currency is not legal tender, is not backed by the government, and accounts and value balances are not subject to consumer protections. This press release is for informational purposes only. The information does not constitute investment advice or an offer to invest.