All Categories ​>​ ​Trading Signals ​>​ Research: Abnormal movements of ETH in or out of exchanges can predict ETH price movements

Research: Abnormal movements of ETH in or out of exchanges can predict ETH price movements 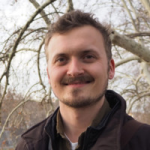 Updated 2 years ago by Alex Svanevik

If you’ve been around the crypto space for awhile, you would often hear breaking headlines talking about whales moving their funds. For example, sensational headlines like these often receive tons of coverage:

“Ethereum’s ICO Whales Can Crash the Market at Any Time”

“Whales On The Move: Somebody Just Transferred $193 Million Worth Of Bitcoins From A Billion-Dollar Wallet”

If we think movements into or out of an exchange show an intent to sell or hold, wallets with large holdings would logically be the wallets that investors are most interested in keeping tabs on. The sheer volume of the assets they hold are so large that it would have a material impact on the supply of the asset and thus, drastically affect the price of that asset. The goal of our research here is to figure out whether movement of ETH into or out of exchanges truly serve as a proxy for that intent to make a trade or hold, because if that stands true, then tracking abnormal ETH movement or out of exchanges should serve as a leading predictor of ETH prices.

Abnormal ETH movement in or out of exchanges have a material short term impact on ETH prices.

In order for us to test our hypothesis, we must first define what we mean by abnormal movement. Abnormal movement by literal definition obviously means movement different from the norm, but in what form? Would it be the number of transactions we’re looking at? The total volume of ETH? Transactions that are larger than a certain threshold? A combination of the three?

And to go even deeper.. transactions within what time period? Should it only account for specific trading pairs? etc.

Some of the variables we tested include:

In addition, all of the above can be qualified further, for instance:

After taking a deeper dive on our best performing signal variants, we got some results that match our initial hypothesis. When looking at intraday returns on the day of the signal trigger, prices tended to go down. But looking at the next day returns, price tended to go back up. Because of this, we decided to break out the time-series down to the minute-level and plot the 48 hours after the signal triggers, relative to each day. More specifically, within the 48 hours, our signal would trigger sometime within the first 24 hours. Finally, we compared the average “signal trigger day” with days where the signal did not trigger.

Here’s an example graph from a deep-dive we did to understand the dynamics of the price during the 48 hours after a signal triggers:

As we had expected, the signal (blue line) would typically trigger on a day of a fairly dramatic price drop. But looking at hour 24 to 48, you can see that it tends to recover - to an even higher level than we saw at hour 0. In fact, for 75% of all “signal trigger days”, the price was higher at hour 48 than at hour 24. In other words, the signal has a win rate of 75% when looking at next day returns.

Below are the 10 best performing signal variants by win rate out of over 200 variants we tested:

It’s important to remember that just by chance, a lot of these signals will have relatively high win rates. Because of this, we also test for statistical significance. And indeed, the vast majority of the signal variants fail the significance tests (ie. Bayesian estimation, ANOVA, Bonferroni corrections).

One thing you may notice is that the signal variants above with the highest win rates have a lower frequency rate. This is due to higher thresholds and tighter parameters being set which would of course return a higher precision, although at the cost of lower frequency. For our first trading signal, we’ve decided to sacrifice some precision for much higher frequency.

Here you can see how our first live trading signal has triggered historically:

As you can see above, the red dots represent the number of times our signal has triggered historically. This particular signal has a 8.5% trigger frequency.

In the end, we discovered our hypothesis does stand true for the particular signal variants we’ve tested. Abnormal movements of ETH into or out of exchanges does have a correlation to prices (depending on how you define abnormal). For our best performing signal variant, the first 24 hours would generally correspond to a decrease in prices, while the next 24 hours would generally correspond to a recovery in ETH prices, and historically has increased to an even higher level than hour 0.

After running the different signal variants through our Signal Factory, we shipped the signal variant that passed our significance test and had the highest win rate from our test.

For reference, below is a table showing the signal metrics for the first live signal as of writing this post. All of these metrics are based on the backtesting period of 14 months, from August 2017 to October 2018:

To get alerts of abnormal ETH moving into exchanges, sign up for CoinFi Trading Signals beta.