Is Bitcoin likely to see a 12% drop soon?

10 of Best Universities for Blockchain Courses

Bitcoin: Institutions or individuals, who is benefitting the most?

Crypto IPOs: What to Know and Who to Watch

Ripple price set to break critical resistance barrier for a 40% explosion to $0.42

Russian crypto exchange Livecoin is shutting down after a claimed attack that caused a $3.3 million loss to users

Ripple keeps growing at a dizzying rate, demonstrating that they not only have the blockchain technology preferred by large banks and financial institutions, but they have also developed a token that works perfectly as a cryptocurrency that grows in use and acceptance faster than any other altcoin in the ecosystem.

Despite the skepticism of many, the Ripple team has managed to captivate several investors, with important new partnerships. The last one was revealed a few hours ago when the cryptocurrency payment processor CoinGate announced that it was providing support for XRP in all of its 4500 stores.

Big news for #XRPcommunity and our merchants alike! We launched native $XRP support to our customers, meaning #XRP is now accepted as payment at thousands of vendors across the Net. Proceed to our blog for more detailed information! https://t.co/MnY2n6onDH pic.twitter.com/BYTxROGrpx

Coingate Accepts XRP But Also Wants To Help it Grow

The CoinGate team comments that in addition to having studied the technology, the decision to accept XRP was made considering the high demand for the token in the community.

“We are thrilled to let you know that we are adding yet another payment option for our merchants, and this time it’s a big one! Due to very popular demand by the community, our next cryptocurrency on the list – XRP!

As a result, XRP coin owners can now use it as a means of payment at more than 4,500 shops online! Whether you want to purchase a VPN, video game or anything else, you are more than welcome to do that!” 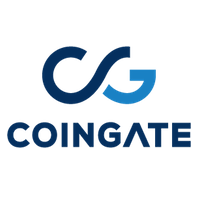 CoinGate emphasized that as a company they have high confidence in Ripple’s trustworthiness and the advanced blockchain technology they develop. CoinGate noted that despite accusations of being extremely centralized, Ripple is carrying out a decentralization strategy in which they stimulate the admission of third-party validators, removing one proprietary node for every two new decentralized nodes.

They also expressed their commitment to Ripple technology. “To further accelerate the decentralization of the XRP network, we are now running our own XRP Ledger validator!” Coingate said in its announcement.

The relationship between Coingate and Ripple is not limited only to supporting XRP as a payment mechanism. Coingate also announced the launch of a token purchase service with several payment modalities:

“Now, you can also buy XRP via CoinGate using one of our supported methods. For example, you are able to purchase it using SEPA bank transfer, mobile balance, and QQPay via CoinGate dashboard. However, if you do not wish to bother with registration, there are alternative methods to achieve the same.

One way is to buy XRP with a credit/debit card. It is a very simple procedure that only requires a quick KYC check-up. Same goes for those who wish to purchase XRP using Neteller or Skrill wallets. Just provide your receiving XRP address, enter your credentials and proceed to checkout!”

Ripple is Growing… And You Can Be a Part of It

Ripple’s growth is a fact. Its marketing strategy and a solid technological development have allowed it to rise to number 2 in the global market cap, surpassed only by Bitcoin, which remains the undisputed king of cryptocurrencies.

Currently, unlike other projects that have had to dismiss several members due to economic losses, Ripple has initiated a campaign to acquire talent. At the moment there are 36 open positions listed on Ripple’s job site, for various departments in countries such as the United States, United Kingdom, Brazil, China, Dubai, Singapore, and India.