What you should know if your bank is exposed to Bitcoin

Bitcoin: The three-year evolution you should know about

Large, Luxury Penthouse in Miami Sells for $22 Million in Crypto

Ripple execs file new motion – What does it mean for their XRP sales contention?

VORTECS Report: When this indicator lights up, LUNA, MATIC and EGLD usually gain 10%

Analyzing ideal buy-entries for Ethereum, Cardano, Dogecoin for the next 24 hours

Why The WEF Wants You To Learn About Bitcoin And Ethereum

Is this alt really the ‘Dogecoin killer?’

Despite Criticism, Bitcoin Is A Superior Investment To Gold 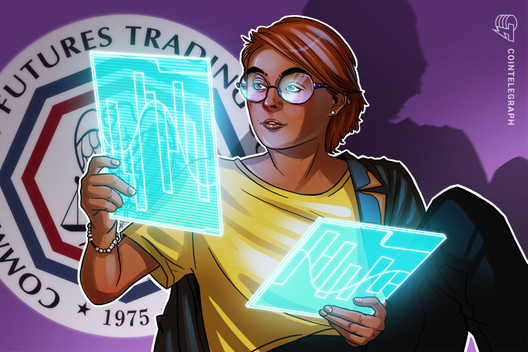 The CFTC has released new guidelines of physical delivery of digital assets as it relates to trading.

The U.S. Commodity Futures Trading Commission, or CFTC, has publicized clarity on physical digital asset delivery as it applies to traded market products.

“Specifically, the guidance clarifies the CFTC’s views regarding the ‘actual delivery’ exception to Section 2(c)(2)(D) of the Commodity Exchange Act (CEA) in the context of digital assets that serve as a medium of exchange, colloquially known as ‘virtual currencies.’”

In traditional markets, when participants trade futures, they are betting on the future price action of an underlying asset. If they hold those futures all the way through settlement, they end up receiving the underlying asset, physically delivered to them.

The CFTC’s new clarity involves a 28-day deadline for physical delivery, allowing the buyer to use their purchased digital asset after that period.

The new guidance includes a person holding or controlling such a commodity, bought via leverage trading or other methods. He or she has “the ability to use the entire quantity of the commodity freely in commerce (away from any particular execution venue) no later than 28 days from the date of the transaction and at all times thereafter,” the Commision said.

The offering party gives over ownership

The CFTC included that the selling party and facilitator do not retain any ownership. The commission explained:

“The offeror and counterparty seller (including any of their respective affiliates or other persons acting in concert with the offeror or counterparty seller on a similar basis) do not retain any interest in, legal right, or control over any of the commodity purchased on margin, leverage, or other financing arrangement at the expiration of 28 days from the date of the transaction.”

Continued clarity from the CFTC shows the prevalence of digital asset trading in the mainstream world, spurring responsive regulatory guidance. Just this January, the Chicago Mercantile Exchange, or CME, launched Bitcoin options trading. Such a product launch showed continued demand for trading Bitcoin after the outfit launched BTC futures in 2017.

Cointelegraph reached out to the CFTC for additional comments, but received no response as of press time. This article will be updated accordingly should a response come in.