The first half of 2019 has flown by, and it’s certainly had its share of ups and downs.

With the crypto market headed upward again, it seems like as good a time as any to share what we’ve been up to over these past few months.

END_OF_DOCUMENT_TOKEN_TO_BE_REPLACED 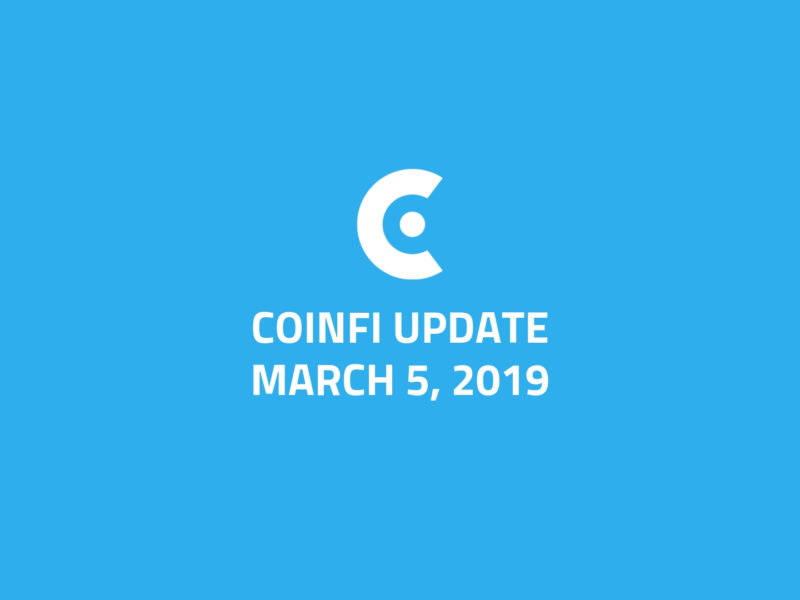 In this update, we’ll be taking a look back at the CoinFi Whitepaper and our road ahead through crypto winter.

A Look Back At The CoinFi Whitepaper

Back when we published the CoinFi whitepaper in October 2017, here is what we had to say about our business model:

At the time, we saw a market driven by massive retail speculation. In the long-term, we saw institutional traders as the primary market for our platform.

END_OF_DOCUMENT_TOKEN_TO_BE_REPLACED Last week we published a post describing the introduction of our first token utility, which allows COFI holders to stake 25k tokens for access to the CoinFi Trading Signals beta. It’s been exciting to see users staking their COFI tokens in order to get access: In fact, COFI stakers are now collectively the 11th largest holder of COFI tokens on the blockchain! As of this writing, beta users have staked 2,960,622.9548 COFI tokens for early access to CoinFi Trading Signals, which is 1.685% of the circulating supply of COFI. The tagline for our signals is “Professional trading signals backed by data science”, so this month we thought we’d share some of the data science underlying these trading signals.

END_OF_DOCUMENT_TOKEN_TO_BE_REPLACED 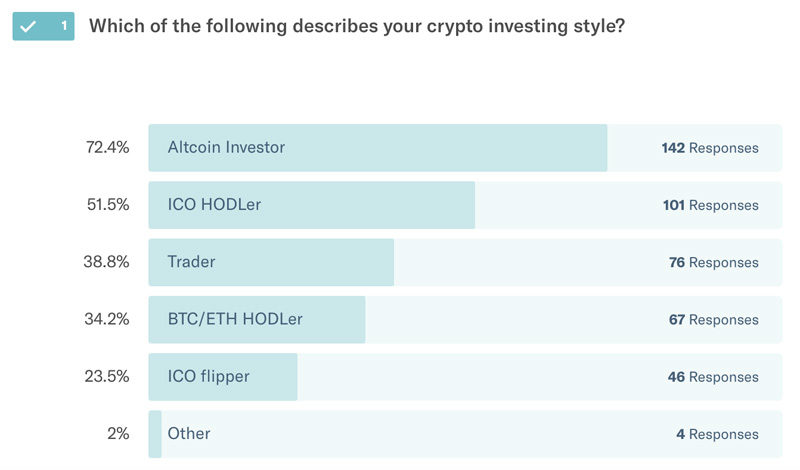 It’s that time of the month...time for a CoinFi progress update! Here’s a brief summary of what the CoinFi team has been up to since early April, and what we’re working on in May.

END_OF_DOCUMENT_TOKEN_TO_BE_REPLACED 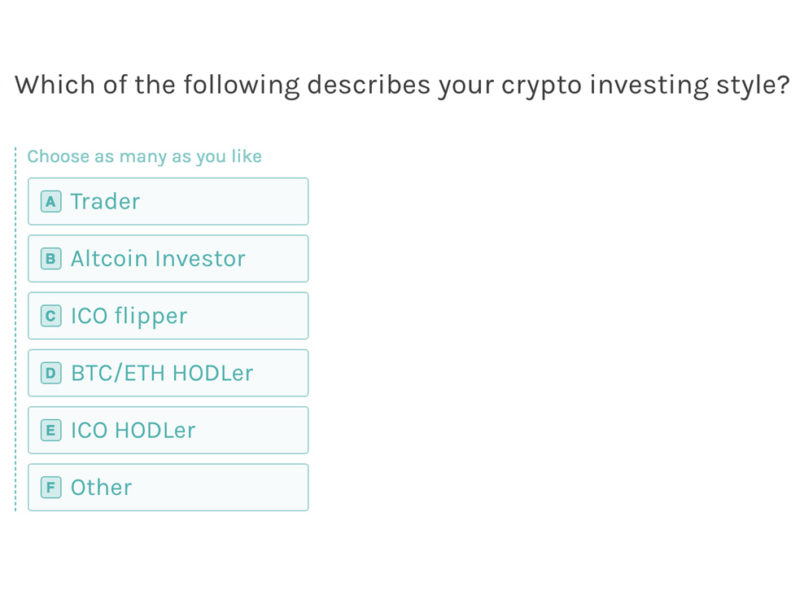 Last friday was the soft release of CoinFi’s open beta. It’s an initial framework that we’ll be building on in the weeks and months to come. Since we already had an extensive overview of the beta release and upcoming features, this week’s update will focus mostly on a couple of housekeeping topics.

END_OF_DOCUMENT_TOKEN_TO_BE_REPLACED 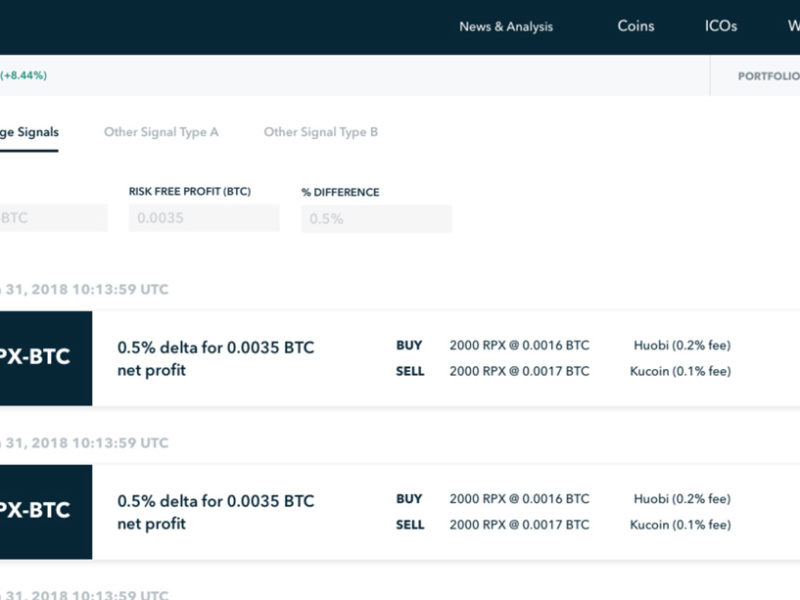 We’ve come a long way in the two months since we launched COFI on KuCoin. It’s been an even longer journey since we launched our Telegram channel back in late summer 2017. Even though this is our first public product release, this isn’t a full-fledged platform launch - it’s just the first dash out of the blocks in a race to build a platform that will be the first destination in every crypto investor’s workflow.

END_OF_DOCUMENT_TOKEN_TO_BE_REPLACED 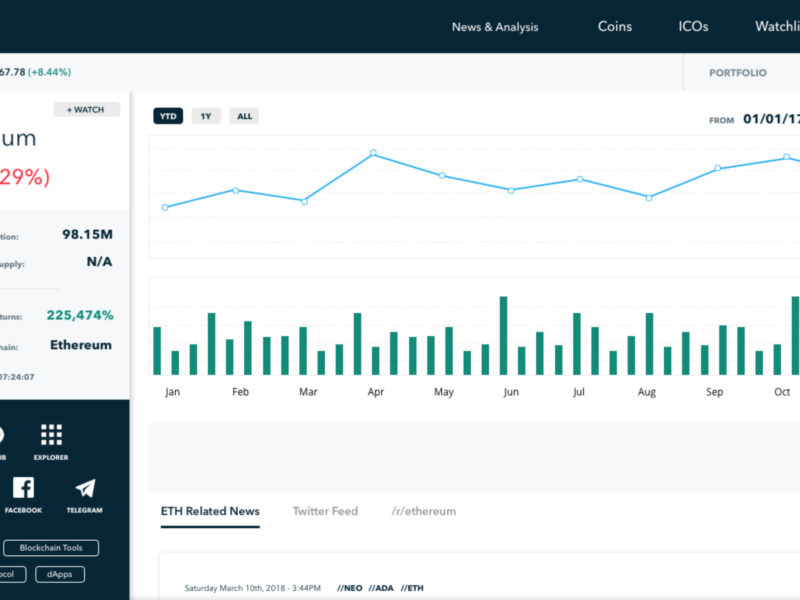 Another week, another turbulent seven days in the crypto markets. If you’re here for the long term though, coins are on sale!

We received several queries this week about marketing plans for the CoinFi April 6 open beta release. Some of you have wondered why you're not seeing a big hyped-up marketing push. In order to focus on delivering the best possible product, April 6 is a soft release, where we roll out a product skeleton and start gathering user feedback. Over the coming weeks, we'll be testing and integrating more features while gathering real user data. Although there are no fireworks planned for April 6, this is also a great opportunity to share more about our longer term marketing philosophy and a bit of what goes on behind the scenes.

END_OF_DOCUMENT_TOKEN_TO_BE_REPLACED 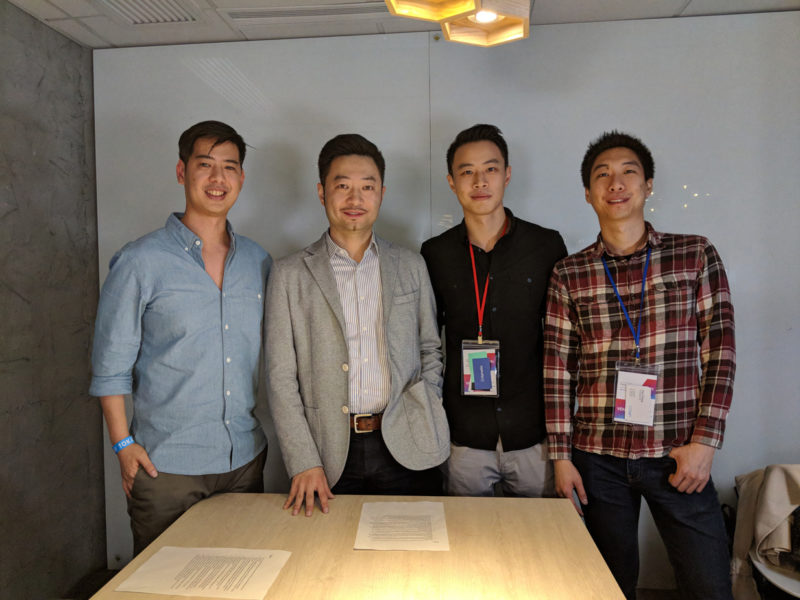 Another week, another 7 days flown by. Does it feel like time goes by faster as we get closer to April 6?

Last week, we sent 5 members of the CoinFi team to Token2049. While we’re frequently amazed at the rapid pace of evolution in the crypto space, it’s always humbling to see this innovation in person. The one theme we observed at Token2049 - and one that we predicted from the beginning – was that institutionalization is quickly coming to the crypto space. While the industry is still quite immature compared to traditional finance, the infrastructure for this fledging new asset class is being created at this very moment - and it’s happening incredibly fast. The rate of change in the crypto industry is truly astonishing. It’s hard to predict where this industry will be in a few months time, let alone a few years, but we spoke to several industry leaders who shared their insights.

END_OF_DOCUMENT_TOKEN_TO_BE_REPLACED 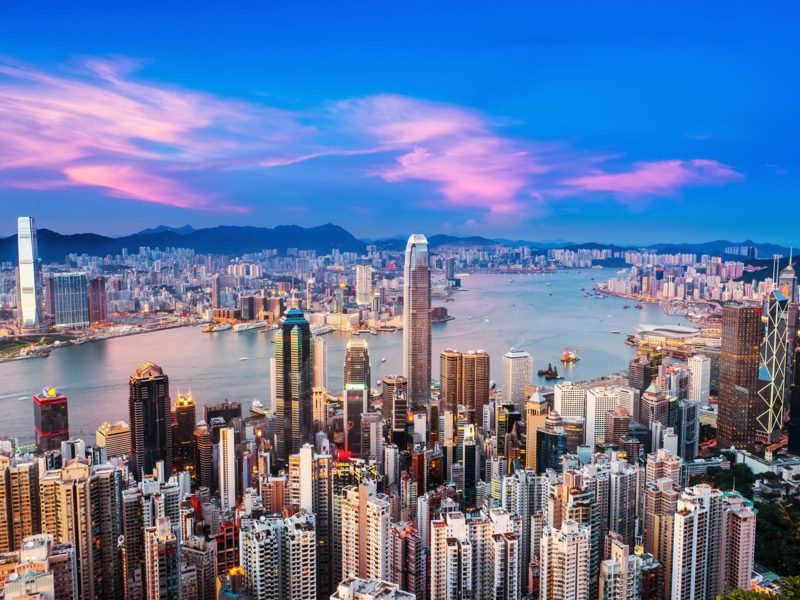 Another week of development, another 3 weeks until CoinFi's open beta launch. It’s been another busy week of grinding for the CoinFi team.

Token2049, the largest digital asset event in Asia, is happening March 20-21 in Hong Kong. As an official media partner, CoinFi will be in attendance to talk with some of the brightest minds in Asia’s crypto scene and bring their insights to the CoinFi platform.

END_OF_DOCUMENT_TOKEN_TO_BE_REPLACED 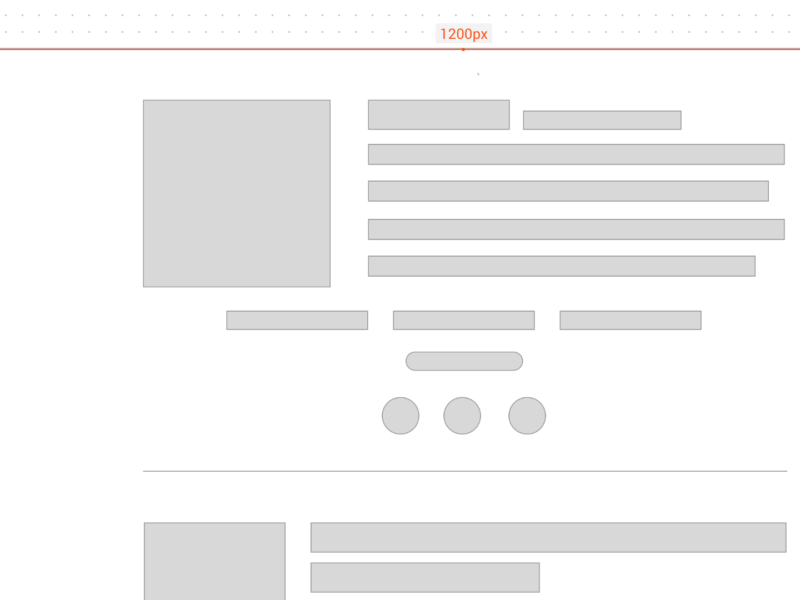 Another week, another crank of the flywheel for the CoinFi team. While there’s still many months of work ahead of us, every week we see a bit more progress towards a platform that will be the first destination in every crypto investor’s workflow.