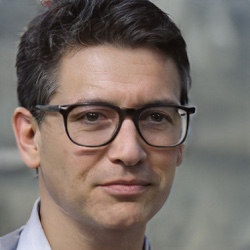 Bitcoin is great but Bitcoin has a problem: it's not fungible. One Bitcoin does not equal another Bitcoin.

If you receive Bitcoin that's previously been sent through a mixer, or that's been somehow associated with illicit activity, it can make it look like you're associated with the shady transactions.

That's the case even if you purchase Bitcoin legitimately and with zero knowledge of its past use.

Then there's the problem of every Bitcoin transaction being traceable, making it easy for people or corporations to follow the funds and see where you've sent your Bitcoin and what you've spent it on. At best that tracking ability is harmless, at worst it can create serious problems especially for people living under authoritarian regimes.

Enter Monero, a solution to all of these problems. Since Monero is a private blockchain there's no possibility of tracking a coin's history. That makes it fungible: any given Monero is as good as any other.

The same goes for future transactions, it's impossible to follow a coin's trajectory through the blockchain. That makes Monero perfect for the person who would prefer that others can't see what they're buying.

So Monero is awesome and you'd like to invest in some. Fair enough, but the question a lot of people are asking is how do I buy Monero? The answer is surprisingly simple.

Where Do I Buy Monero?

That being the case, first you'll need to acquire some Bitcoin or Ether. After you have that you can send it to Binance and then use it to buy Monero.

While using this method to buy Monero has some disadvantages, namely trading fees, the advantage is that the XMR/BTC and XMR/USDT trading pairs on Binance are extremely liquid. Lots of volume means that you'll be able to execute your trades at the price you want.

If you would prefer to buy Monero directly there is a cryptocurrency exchange which offers a direct USD/XMR trading pair. That exchange is Kraken, a San Francisco based outfit. Available to everyone in the USA, save for those living in New York, Kraken is a reliable exchange with a long history of reliability.

They allow their users to fund their account with dollars via either a wire or bank transfer. While it's convenient to use dollars without having to acquire Bitcoin first, the problem that some people run into on Kraken is that the trading volume is very low.

For instance, as of publication the XMR/USD pair on Kraken was trading at just 1/20th of the volume of the XMR/BTC pair on Binance. For small orders of several hundred dollars this won't matter much. However, larger orders will likely be subject to slippage.

Another option for anyone who wants to buy the digital currency Monero is to use a credit card for the purchase. Here's how to do that.

How to Buy XMR with a Credit Card

The safest and easiest way to use a credit card as a payment method for Monero is to buy Bitcoin first, then trade it for Monero.

International cryptocurrency traders, including those who want to buy XMR UK, can sign up for Binance and buy Bitcoin with a credit card via their platform. This is a great option as Binance is a reliable exchange with an intuitive user experience.

How to Buy With a Credit Card for Americans

Unfortunately, Americans cannot buy Bitcoin on Binance due to regulations. Instead, American citizens can use CEX.io to buy Bitcoin with a credit card. CEX is an English exchange which has been operating in the cryptocurrency ecosystem since 2013. They have a good reputation for security and are one of the more reliable exchanges in the market.

While CEX has gotten many questions from their clients asking how to buy Monero coin, they have not yet opened up XMR trading. They do, however, allow users to purchase Bitcoin with a credit card.

Credit card purchases require a KYC verification. This is a common practice to ensure that the purchaser is not using a fraudulent credit card. CEX may ask for a copy of identifying documents like a passport or driver's license. They may also ask for a copy of a bank statement or utility bill in order to verify your address.

After providing all of these documents CEX will verify your identity and then give you full access to their services. Once that happens you'll be able to buy Bitcoin with a credit card.

After purchasing Bitcoin on CEX you should send it to your Bitcoin wallet on Binance and then trade it for Monero. If none of that sounds like something you want to do there is a third option. This is a great option for traders and investors who would like to purchase Monero but who don't want to sign up for an exchange.

How to Buy Monero Locally

Although Monero is often mislabeled as a cryptocurrency for criminals, in reality its goal is to function as digital cash. The great thing about a $20 bill is that it's fungible, has no history (as discussed in the introduction) and is untraceable.

When you buy Monero on an exchange it's still untraceable, however, there will always be a record that you have bought Monero and there is a record of the Monero address you sent it to. For some people that might not make any difference, but for those who want to fully maintain their anonymity they can purchase Monero locally. There are several ways to do so.

The most popular way to buy Monero locally is through LocalMonero. This is a website which has been around for several years and has developed a robust following among both its buyers and sellers.

One reason that LocalMonero is popular is the number of ways that it allows people to buy Monero. Buyers using the platform can...

3 Tips for Keeping Your Monero Safe

Figuring out how to buy Monero is just one part of the equation. After you've bought it now you need to store Monero XMR in a safe way so that your coin does not get stolen or otherwise compromised.

Due to its privacy features Monero is a little bit more difficult to store properly than another coin like Bitcoin or Ripple so it makes sense to take the time to understand proper security measures.

Monero XMR is incredibly valuable as a privacy-orientated cryptocurrency. That privacy, however, comes with certain trade offs like a somewhat complicated user experience. That's why it's especially important to understand Monero XMR before you send the coin to your wallet or begin trading it on an exchange.

Monero is an interesting cryptocurrency. Its privacy features admittedly make it useful for black market transactions on the dark web. However, more than that it functions as money is supposed to, where one coin is good as any other coin. That's the way cash is and for many people that's the main benefit of Monero XMR, that they can use it as a cash replacement.

But how to buy Monero cryptocurrency? As we've pointed out, it's not quite as easy to buy Monero, or to trade XMR to AUD, as it is to get Bitcoin. In many cases you first either have to acquire Bitcoin then swap it for Monero XMR, or you can purchase XMR from an exchange like Kraken but there is very low liquidity.

Hopefully this process isn't too off-putting. Monero is a great coin and whether you want to buy Monero UK, in Asia or America, there are plenty of options to do so. As they recognize Monero's value proposition merchants are increasingly beginning to accept XMR, especially as it has fast confirmation times and is cheap to send.

Cooper Haywood
Cooper is a former equity research professional/finance analyst who holds an MBA in Financial Instruments and Markets from New York University's Stern School of Business. He left the investment banking world in 2015 to become a full-time investor and joined CoinFi as an analyst in 2019.
OR
OR